The Lord spoke to Moses on Mount Sinai, saying, “Speak to the people of Israel and say to them, When you come into the land that I give you, the land shall keep a Sabbath to the Lord. For six years you shall sow your field, and for six years you shall prune your vineyard and gather in its fruits, but in the seventh year there shall be a Sabbath of solemn rest for the land, a Sabbath to the Lord. You shall not sow your field or prune your vineyard. You shall not reap what grows of itself in your harvest, or gather the grapes of your undressed vine. It shall be a year of solemn rest for the land. The Sabbath of the land shall provide food for you, for yourself and for your male and female slaves and for your hired servant and the sojourner who lives with you, and for your cattle and for the wild animals that are in your land: all its yield shall be for food.

Second, the Shemitah year was a year of release. There was an old song by Tennessee Ernie Ford that said “I owe my soul to the company store,” and it expressed the despair of always being in debt and never being able to get out from under it. The Lord did not intend for perpetual debt to exist in Israel, and the Lord commanded that all debts be cancelled at the end of the Shemitah year:

At the end of every seven years you shall grant a release. And this is the manner of the release: every creditor shall release what he has lent to his neighbor. He shall not exact it of his neighbor, his brother, because the Lord’s release has been proclaimed.

The last day of the Shemitah was Elul 29; all debts were cancelled at sundown on this day  and everyone got a fresh start. No matter how bad your situation was, you would never “owe your soul to the company store” in Israel. This also brings me back to God’s command about the manna. The Israelites were commanded to take an omer apiece from the manna, and they were warned that if they left any over until the next day, it would breed worms and stink. In the same way, any debts that that survived the Shemitah year were also unacceptable before the Lord. The Shemitah is therefore an R & R year (rest and release).

Third, the Shemitah year reminds the people that everything belongs to God, and we are just stewards of His resources. A brother may agree to work for you to pay off a debt, but even if the debt has not been paid in full, he is released on the Shemitah. If you buy the fields of another man, they also have to be returned one day. You really don’t own anything, and you certainly can’t take it with you.

Fourth, the Shemitah year reminds us of our dependence on God and builds our faith. Sowing and reaping stopped during the Shemitah year, so the people had to depend on God to provide for all their needs until the next harvest is gathered. And just like the Israelites in the wilderness, they had to have faith that the manna they needed would be there at the start of the day. The Shemitah causes people to look up to the Lord for their provision, not to the fields and the strength of their own efforts.

Does the Shemitah have any relevance for us today? Replacement theology would tell us no because we are under grace and not the Law. I don’t think we should dismiss the Shemitah so quickly however, especially since the effects of the Shemitah still impact us today. The last two Shemitah years have been particularly bad for our nation. In 2001 our nation experienced the attack on the Twin Towers of the World Trade Center, and there was a subsequent stock market crash on September 17, which was Elul 29 on the Jewish calendar. Then on the next Shemitah year of 2008, there was another devastating stock market crash on September 29.

This does not necessarily mean that we are in for another stock market crash, but considering that the time of this Shemitah year also includes four blood moons, the Daniel’s among us who can read the writing on the wall are rightly concerned. When America’s hedge of protection was breached and the Twin Towers fell, Senator Tom Daschle’s reply included Isaiah 9: 10. If you read this passage by itself, it does appear to be a message of hope after a tragedy. But if you read the previous verses, you learn that these words were spoken from a heart filled with pride and arrogance. Instead of repenting and reconciling with God, the people of Israel (and America) have distanced themselves even more from God. As the behavior of the people in riots associated with Ferguson, MO and New York, NY shows, the love of many has grown cold. Lawlessness, division, and anarchy are increasing. The quality of state and national government is no better. It has recently been revealed that Jonathan Gruber, the architect of the Affordable Care Act (ACA), boasted that lack of transparency, voter ignorance, and deception were strategies used to pass this legislation. It has been reported that a Virginia politician  has been elected to office in spite of the fact he is currently in jail for a scandal involving a teen. America’s moral and spiritual condition has gotten worse since 9/11, not better.

Our nation needs to repent and reconcile with God while there is still time, and I pray that all of my readers will pray for their nation and be obedient to God’s direction for our lives. We know that when Israel disregarded the Shemitah year, it lead to the Babylonian captivity of the nation. With this in mind, it is prudent to focus on the Shemitah year itself and honor its principles. We can still honor the Shemitah year, and in at least some small way we can realign our lives and a small part of our nation back to God. For now, I am proposing that we follow the Shemitah mandate for rest and release.

There was to be no sowing or reaping during the Shemitah year, but since most of us do not live on or near farms like the people of ancient Israel, what does that mean to us? It is true that we are not primarily an agrarian society anymore, but I believe the principle of sowing can still apply. Sowing does involve seeds for a harvest, but sowing is not limited to seeds. We can also sow money (as in investments in a new business venture), time, resources, etc. I would ask you to consider not sowing into anything that can give you a return (or harvest) during the Shemitah year. This allows you to honor the prohibition against sowing without actually being a farmer. If you are a businessman or are involved in investments, this can be particularly challenging since your livelihood depends on this the same way ancient Israel depended on their harvests. I have already mentioned that the Shemitah can be a faith builder. Do you believe God will bless you for not sowing during the Shemitah? Then prayerfully consider honoring the Shemitah and don’t sow for a harvest (or a return on an investment). There is one exception to this that I want you to be aware of. 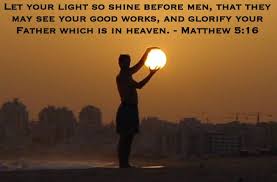 I will not say that all sowing must cease, because I must acknowledge that good works must not cease, even on the Sabbath or the Shemitah. The Lord Yeshua talked about these things when He walked among us:

At that time Jesus went through the grainfields on the Sabbath. His disciples were hungry, and they began to pluck heads of grain and to eat. But when the Pharisees saw it, they said to him, “Look, your disciples are doing what is not lawful to do on the Sabbath.” He said to them, “Have you not read what David did when he was hungry, and those who were with him: how he entered the house of God and ate the bread of the Presence, which it was not lawful for him to eat nor for those who were with him, but only for the priests? Or have you not read in the Law how on the Sabbath the priests in the temple profane the Sabbath and are guiltless? I tell you, something greater than the temple is here. And if you had known what this means, ‘I desire mercy, and not sacrifice,’ you would not have condemned the guiltless. For the Son of Man is lord of the Sabbath.” He went on from there and entered their synagogue. And a man was there with a withered hand. And they asked him, “Is it lawful to heal on the Sabbath?”— so that they might accuse him. He said to them, “Which one of you who has a sheep, if it falls into a pit on the Sabbath, will not take hold of it and lift it out? Of how much more value is a man than a sheep! So it is lawful to do good on the Sabbath.”

I also propose that we honor the Shemitah principle to release those in debt to us. The Shemitah mandate calls for all debts to be cancelled on the Day of Remission. On the Jewish calendar, that day is Elul 29, but on our calendar it will fall on September 13, 2015. As the sun sets on this day, cancel all debts, and not just the material ones. Here are some examples: Does someone at work owe you a favor (even if it’s a big one)? Release them. Did you loan some DVDs to a neighbor? Don’t ask for them back. Does someone owe you a lot of money? Cancel the debt and honor the Lord’s release. Did someone offend you? Forgive and set them free. Forgive all debts whether they are material or immaterial. If you are hesitant to forgive material debts, is it because these possessions are more important than honoring God’s Shemitah? Don’t let your possessions possess you.

I think this is the best part of the Shemitah, because you can set someone free. When you confessed your sins to the Lord Yeshua and received forgiveness, didn’t that feel wonderful? Why not pass that feeling along to others? Jesus came to set the captives free, and when we honor the Shemitah and release others who are indebted to us, we are doing the same works He did. We are called to walk as He did, so let’s release our debtors!

I did mention that unforgiven debt is unacceptable to the Lord because it dishonors the Shemitah, but there is one debt that we are allowed to keep in force; it is the debt we have to love one another. Always keep this debt in force: Love the Lord you God with all your heart and soul and mind and strength, and love your neighbor as yourself. Those who love fulfill the Law!

Please prayerfully seek the Lord for His direction on what He wants you to do this Shemitah year, and then pursue it with everything you have. Remember also that you don’t have to wait until September 13 to cancel debts; you are free to cancel them at any time as the Lord leads you. When you are obedient to the Lord’s commands, you make Yeshua real, and the invisible God becomes visible to the world when we do His works. His light shines in the world through your obedience and good works, so let there be light!  Friends, I encourage you to sow good works among your neighbors. I will close with the Aaronic blessing (Numbers 6: 24-26) and song to encourage you.