On Friday evening, March 30, 2018, it will be Erev Pesah, and Passover will begin. This celebrates the departure from Egypt and slavery and will last for eight days. Passover is also known as the Feast of Unleavened Bread. In preparation for the Passover, Jewish families remove all leaven from their homes. This is an effort that goes beyond a normal cleaning:

Seven days there shall be no leaven found in your houses; for whoever eats what is leavened, that person shall be cut off from the congregation of Israel, whether he is an alien or a native of the land (Exodus 12:19, NASB).

A last search is made of the house before Passover, and any remaining leaven is burned, followed by reciting a declaration that all leaven has been removed. As I thought about this, I realized there is an application for us I would like to share.

The New Testament also has something to say about leaven and unleavened bread we should consider. First, unleavened bread is a type of those who are born again. Jesus tells us “Truly, truly, I say to you, unless one is born again, he cannot see the kingdom of God” (John 3:3, NASB). Before a person is born again, that person is like leavened bread. They have been leavened with malice, greed, idolatry, arrogance, hatred, strife, bitterness, rebellion and so forth. None of these things will ever make a person fit for God’s kingdom, and so the leaven must be removed. When a person is born again, the old leaven is purged, much like when all the leaven is removed from the house for Passover. Like the house is cleared of leaven and clean, the born again person also has their old leaven purged; they become like unleavened bread.

The problem is, we must guard ourselves to keep ourselves in an unleavened state. Leaven has a way of creeping back in if we don’t guard against it, and it only takes a little to do great damage. Paul addressed this in his first letter to the Corinthians:

Your boasting is not good. Do you not know that a little leaven leavens the whole lump? Clean out the old leaven, that you may be a new lump, just as you are in fact unleavened. For Christ our Passover has also been sacrificed. Let us therefore celebrate the feast, not with old leaven, nor with the leaven of malice and wickedness, but with the unleavened bread of sincerity and truth. (1 Cor 5: 6-8, NASB)

We all remember what Jesus warned the disciples: “Watch out and beware of the leaven of the Pharisees and Sadducees” (Matt 16:6, NASB). And Paul was distressed that the Galatian church had become infected with the leaven of false brethren: “You foolish Galatians, who has bewitched you, before whose eyes Jesus Christ was publicly portrayed as crucified?” (Gal 3:1, NASB).
Leaven can sneak in many ways, such as the cares of life and corrupted teachers who seek to draw away followers for themselves. As a matter of spiritual housekeeping, we must make sure this leaven finds no home with us. We may not be conscious of any problems, but that doesn’t mean everything is alright. The Laodicean church thought they were fine, but they were unaware of their true condition:

I know your deeds, that you are neither cold nor hot; I would that you were cold or hot. So because you are lukewarm, and neither hot nor cold, I will spit you out of my mouth. Because you say ‘I am rich, and have become wealthy, and have need of nothing, and you do not know that you are wretched and miserable and poor and blind and naked. (Rev 3: 15-17, NASB)

We may fool ourselves about our condition, but not Him. We need His perfect eyes to search us for the leaven that may be hidden in our house so it can be removed. Remember, all it takes is a little leaven to mess things up, so get it out! Make your temple a “leaven free zone.”

Shalom and blessings my brothers and sisters!
Nisan 10, 5778 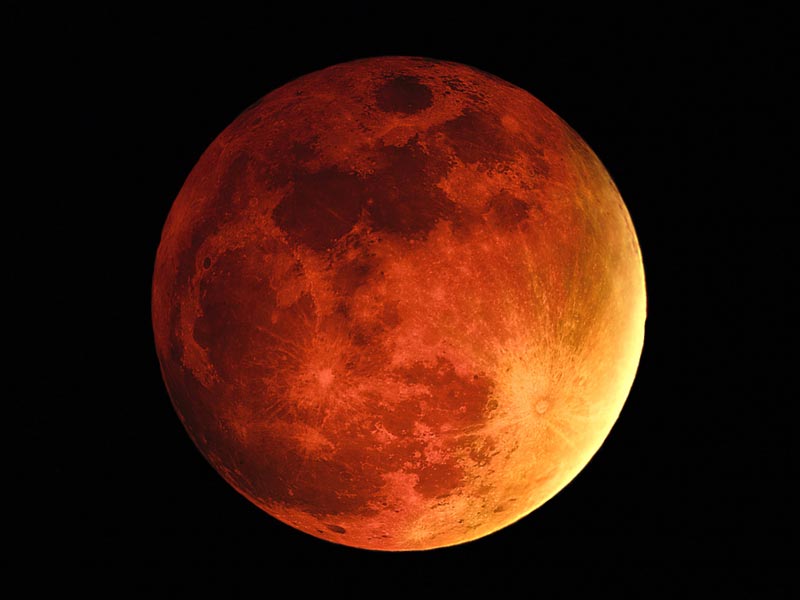 We have just seen the appearance of the third of four blood moons in this tetrad which occurred on Passover, 4 Apr 2015. There remains one more blood moon for later this year. This is also a shemitah year, and as we speak wise virgins all over the world are going to the market place to stock up on oil. We don’t want to be counted as foolish virgins who were unprepared for the Bridegroom, so if you will give me a brief audience, I would like to say something about this.

What was the reason why the foolish virgins were not admitted to the wedding feast? Let’s look at the answer of the Bridegroom as they pounded on the door. He didn’t tell them they couldn’t come in just because they were late; But He answered, ‘Truly, I say to you, I do not know you’ Matt 25:12 (ESV). Think about that for a moment. He didn’t admit them because they were running late, but because they didn’t have an intimate relationship with Him. He said He didn’t know them (also Matt 7: 21-23), which means that He didn’t abide in them, and they didn’t abide in Him. If they did, wouldn’t they have properly prepared for the Bridegroom by getting the oil they needed? They were too busy doing other things to be bothered with getting the oil they would need. And what exactly is this oil? Oil has been symbolic of the Holy Spirit in Scripture, and not having oil can be a picture of a Christian who has drifted away from a walk with God to becoming friends with the world. I believe in this case the oil represents our relationship with Yeshua; we either have it or we don’t. If we have a relationship with Yeshua, we hear His voice and do His will. His appearance is expected and we know what to do to be ready. In short: Getting your oil means making sure your relationship with the Lord is alive and well, not on life support. Cultivate your relationship with the Lord now while you have a season of peace because when it gets dark, no one can work. Draw as close to Him as you can get now, and make all other considerations secondary. The most important thing you can do to prepare for the coming Tribulation is to have a strong relationship with God; nothing else will sustain you through the times to come.

It’s important that we hear what God is saying in these times; four blood moons, a shemitah year, and turmoil in the Middle East about Israel are signs we need to get close to God. The good news is He will tell us what we need to know:

“For the Lord God does nothing without revealing his secret to his servants the prophets. The lion has roared; who will not fear? The Lord God has spoken; who can but prophesy?”

The persuasion that caused the foolish virgins to miss their appointment with the Bridegroom did not come from Yeshua, but from the world, the flesh, and the devil. They were drawn away by contrary desires that proved to be their undoing. Don’t underestimate the Adversary to distract you from seeking God; he can keep you so busy with the cares of the world you can miss the most important date in human history. I urge you beloved reader, do not get talked out of spending time with God. Fight for every second you can be with Him; you won’t regret it!

I have recently seen a video presentation I would like to share with you; it’s about the four blood moons, the shemitah year, and events in the Middle East. Let’s remember Amos’ words: God reveals what’s going to happen so people can prepare. This video features contributions from Johnathan Cahn, Mark Blitz, Bill Salas, and Perry Stone and is just over an hour in length. If you are unfamiliar with the shemitah and the blood moons, this is a great resource to get started.

For your information, I have included some dates to keep in mind for the rest of the year. I am not saying what will happen on these dates, but given the times we live in, they may yield important events as prophecy unfolds. These dates also include astronomical events. All dates are for 2015:

I hope that this information is helpful. Be blessed and get your oil; in other words, draw close to the Lord!