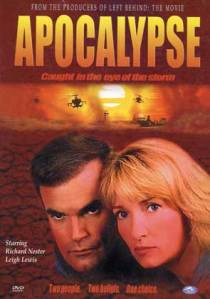 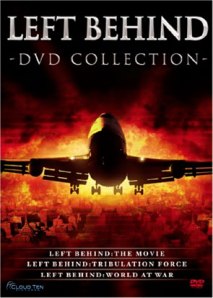 One of the most cited Scriptures about the rapture is probably found in Paul’s first letter to the Corinthian church:

Behold! I tell you a mystery. We shall not all sleep, but we shall all be changed, in a moment, in the twinkling of an eye, at the last trumpet. For the trumpet will sound, and the dead will be raised imperishable, and we shall be changed. For this perishable body must put on the imperishable, and this mortal body must put on immortality. When the perishable puts on the imperishable, and the mortal puts on immortality, then shall come to pass the saying that is written:
“Death is swallowed up in victory.”  “O death, where is your victory? O death, where is your sting?”
The sting of death is sin, and the power of sin is the law. But thanks be to God, who gives us the victory through our Lord Jesus Christ. 1 Cor 15:51-57 (ESV)

The Lord Himself also tells us this about the rapture:

Immediately after the tribulation of those days the sun will be darkened, and the moon will not give its light, and the stars will fall from heaven, and the powers of the heavens will be shaken.  Then will appear in heaven the sign of the Son of Man, and then all the tribes of the earth will mourn, and they will see the Son of Man coming on the clouds of heaven with power and great glory. And he will send out his angels with a loud trumpet call, and they will gather his elect from the four winds, from one end of heaven to the other.

These two places in Scripture will be the starting point for this examination of EDR theory.

EDR apologists believe that the church will be raptured before the Great Tribulation because we are not destined for the wrath that will be poured out in the Tribulation. The case of Lot in Genesis might be cited as support for this view because he had to be removed from Sodom before God destroyed the city. In this view, the Lord’s appearance in the air is a separate event from His Second Coming. There is the Lord’s return Part 1 and Part 2.

The two Scriptures already cited do not support this EDR theory. Jesus said clearly that the elect would not be gathered until the trumpet sounds. Revelation tells that seven trumpets will sound, and it won’t be until the seventh and last trumpet sounds that the Lord will gather His children to Himself:

Then the seventh angel blew his trumpet, and there were loud voices in heaven, saying, “The kingdom of the world has become the kingdom of our Lord and of his Christ, and he shall reign forever and ever.”

Immediately after the tribulation of those days the sun will be darkened, and the moon will not give its light, and the stars will fall from heaven, and the powers of the heavens will be shaken.

We are presented with the following problems with an EDR:

There are more problems that could be added, but this will do for now. If we follow the clear teaching of Scripture that the rapture will not occur until after the Tribulation, we have none of these problems. Let us now examine the next question. If an EDR belief is untenable, does it follow that belief in an EDR is harmful? I believe it is, and I would like to reference an actual event that many of us will remember.

Harold Camping first predicted that the rapture would occur on May 21, 2011, but later amended his prediction to Oct 21, 2011 when his first predicted date failed. He backed up his confidence in this by investing large sums of money in billboards and other advertising about his prediction; people who believed him also contributed their time and resources to help spread his message about the coming rapture. I would like to relate one interview I remember from this movement that is applicable to this topic. I will refer to the couple interviewed as Mr. and Mrs. Smith.

The Smiths were believers in Harold Camping’s prediction, and they sincerely felt the right thing to do was help bring this news to as many people as possible. They told the interviewer some interesting things. They said it was amazing how the Lord was working with them to make their efforts come to pass. Mr. Smith said the Lord made it possible for him to quit his job and minister full time. The Smiths also attributed the Lord’s help in this because they had just enough resources to last right up to the “last day,” after which they would be penniless. They weren’t bothered about this because they were going to be raptured, so money would no longer be a concern. It was a tremendous testimony, they felt, how the Lord was able to make everything come together like this.

The Lord did not return on May 21 or Oct 21, 2011 as Harold Camping predicted. He claimed that he had made a careful study of Scripture and this enabled him to calculate the date of the rapture. The whole endeavor was an exercise in futility because Scripture tells us no one knows the day or hour of His return (Matt 24: 36). After the failure of Camping’s prediction, the Smiths were left destitute, but hopefully wiser for what they experienced. I am sure Harold Camping made a convincing case for his prediction because he had many followers, but the truth of Scripture proved him wrong. In a very real way, the case of Harold Camping’s prediction and the case of the Smith family illustrate the harmful effects of EDR belief.

Since EDR is not supported by Scripture, it gives people a false sense of security. EDR believers feel that they have a “get out of the Tribulation” card, and as such they do not need to make any preparations for living through the Tribulation. Just like the Smith family did not make any provision for what would happen after Oct 21, 2011 (after all, they weren’t supposed to be here), EDR believers also think that it’s unnecessary to prepare for the Tribulation since they won’t be here either. Instead of preparing like the wise virgins while they still have time, they follow the course of the foolish virgins and don’t prepare. The tragedy is that they won’t have the oil they need when the Bridegroom returns, and it’s all because they thought they wouldn’t be here for the Tribulation. Just as Harold Camping’s prediction failed because of Matt 24: 36, the expectations for an EDR will fail because of Matt 24: 29. We will be here for the Tribulation, so stock up on oil like a wise virgin while the markets are still open! When the darkness comes, no one can work.