The book of Joel contains a prophecy about what the Lord would do in the last days. Once you see it, it should be instantly familiar:

And it shall come to pass afterward, that I will pour out my Spirit on all flesh; your sons and your daughters shall prophesy, your old men shall dream dreams, and your young men shall see visions.  Even on the male and female servants in those days I will pour out my Spirit. “And I will show wonders in the heavens and on the earth, blood and fire and columns of smoke.  The sun shall be turned to darkness, and the moon to blood, before the great and awesome day of the Lord comes. And it shall come to pass that everyone who calls on the name of the Lord shall be saved.

Now let’s go to the book of Acts and the upper room. The disciples who obeyed Jesus’ command to go to Jerusalem and receive power from on high have been waiting in the upper room. Something happened that no one anticipated:

When the day of Pentecost arrived, they were all together in one place. And suddenly there came from heaven a sound like a mighty rushing wind, and it filled the entire house where they were sitting. And divided tongues as of fire appeared to them and rested on each one of them. And they were all filled with the Holy Spirit and began to speak in other tongues as the Spirit gave them utterance.

No one knew what had happened. At this time, Jews from all over the world were present in Jerusalem for Pentecost. They were amazed to hear these Galileans speaking about God’s mighty works in the native language of their lands. When some accused the disciples of being drunk, Peter addressed the crowd. He told them that this was not drunkenness, but God pouring out His Spirit on the people as Joel had prophesied. The gifts of the Spirit are: Word of wisdom, word of knowledge, faith, healing, working miracles, prophecy, discerning between spirits, tongues, and interpretation of tongues (1 Cor 12: 4-10). The Spirit administers these gifts and apportions them to us according to His will. It sounds good, so what exactly is the problem?

The problem is, some teachers have decided that these gifts were only intended for the days of the apostles. The gifts were intended to jump start the church and get it going, after which they would no longer be in effect. These people tell us that since the gifts are no longer in operation, we go to the doctor if we are sick, and we go to school if we need to learn a new language. I will call this doctrine which teaches that the gifts of the Spirit are no longer in effect today as Cessation Doctrine (CD). This doctrine has been around for a centuries, and it’s about time someone overturned this table. Let’s investigate these things: Do the gifts of the Spirit have an expiration date? If so, when is it? If not, are they still in operation today? Why do we need these gifts? What does this mean for the wise virgin?

Do the gifts of the Spirit have an expiration date?

When do the gifts of the Spirit cease?

For we know in part and we prophesy in part, but when the perfect comes, the partial will pass away. When I was a child, I spoke like a child, I thought like a child, I reasoned like a child. When I became a man, I gave up childish ways. For now we see in a mirror dimly, but then face to face. Now I know in part; then I shall know fully, even as I have been fully known.

Paul does not tell us a specific date, but he tells us the season in which the gifts will cease. Does he say “after the days of the Apostles”? No! It does appear that Paul means a day after the ministry of the Apostles, but refers to a day far removed in time from the day of the Apostles, not immediately after the days of the Apostles as CD alleges. Paul calls the season of the gifts a partial impartation, when the time of perfection comes, then these gifts will cease. If CD is correct, then we must be living in the days of perfection because the gifts have ceased. I must disagree with CD and overturn this table. When you listen to the news and you hear about nation rising against nation, famines, natural disasters, signs in the heavens, false prophets, lawlessness, love growing cold, and persecution of believers, I can safely say we are not living in times of perfection. Paul was obviously speaking of a date in the distant future since these things have been happening since his day. Since we know that man cannot perfect this world on his own efforts, I believe that this time of perfection could be when the Lord returns after the Tribulation and established His rule. This leads to the next points.

Are the gifts of the Spirit still in operation today? Why do we need them?

Since it is obvious that we have not reached the time of perfection, it means that the gifts are still in operation. There two additional arguments that support the operation of the gifts of the Spirit today. During the last supper, Jesus told His disciples that “Truly, truly, I say to you, whoever believes in me will also do the works that I do; and greater works than these will he do, because I am going to the Father” John 14:12 (ESV). You may be curious why I would point to this as an argument against CD, but let me explain. First, if Jesus said we would do the works He did, then what were the works Jesus did? According to the gospels, He performed miracles, raised the dead, cured lepers, healed all manner of sicknesses and infirmities, prophesied about the future, He knew what was in people’s hearts, and He distinguished what was truly good from what only appeared to be good. Let’s ask ourselves this question next: If we are supposed to do the same works that He did (and even more), how can we do them without the gifts of the Spirit? Can we raise the dead without faith? Can we perform miracles without the gift of miracles? Can we cure disease without the gift of healing? Going to the doctor is not the same thing as having the gift of healing, is it? The list goes on, and the obvious answer is no. We cannot do all the works of Jesus without the gifts of the Spirit. If CD is true, then why would Jesus tell us we would do the same works He did if the gifts of the Spirit (which makes the works possible) ended operation after the days of the Apostles? The truth is we need the gifts of the Spirit to do the works He did.

The final apology comes from Jesus’ example of life. Without exception, we can all agree that He showed us how to live a life that pleases the Father. We are to pay close attention to His works and do the same things. In Matthew we read some of His first actions:

Then Jesus came from Galilee to the Jordan to John, to be baptized by him.  John would have prevented him, saying, “I need to be baptized by you, and do you come to me?” But Jesus answered him, “Let it be so now, for thus it is fitting for us to fulfill all righteousness.” Then he consented. And when Jesus was baptized, immediately he went up from the water, and behold, the heavens were opened to him, and he saw the Spirit of God descending like a dove and coming to rest on him; and behold, a voice from heaven said, “This is my beloved Son, with whom I am well pleased.”

What does this mean for a wise virgin?

As the times get closer to the end, we need every gift that God gives us to endure the darkness that is coming. The gifts of the Spirit are just as important to a fully equipped saint as the armor of God (Ephesians 6: 10-17). Neglecting these gifts and not seeking them puts a Christian at a serious disadvantage in the times to come. Although there are many more examples that could be given, I will close with this example of why we need the gifts of the Spirit. Jesus tells us that in the last days “For false christs and false prophets will arise and perform great signs and wonders, so as to lead astray, if possible, even the elect” Matt 24:24 (ESV).

What is Jesus saying here? He is telling His disciples that in the last days the lies that the enemy spins will be so convincing that even God’s own children would be deceived if it were possible. These deceivers will walk like us, talk like us, and in every way they will have the appearance of being authentic. Those virgins who are able to distinguish the authentic from the deceiver can do so because they have the gift of distinguishing spirits. Those virgins who do not have the gifts of the Spirit are much more at risk to be fall into the trap of the Adversary. Virgins who want to be wise take note! The Holy Spirit and oil go together in Scripture. God wants you to have enough oil for your lamp so that your light will shine brightly while waiting for the Bridegroom. What does that say about the virgins whose lamps were going out? Remember that Jesus did not face the devil until He had been baptized and received the Holy Spirit. We will also need the Spirit’s help to endure the coming darkness and Tribulation as we wait for the Bridegroom. Get your oil!!! The gifts of the Holy Spirit are available today for those who will ask for them. If you haven’t received them yet, it’s time to start praying.

Finally, I would like to end by recommending three DVDs that demonstrate the supernatural power of God in operation today. We need the power of God to do the works of Jesus, and these DVDs show actual examples of what God is doing in the world today. The DVD titles are “Finger of God,” “Furious Love,” and “Father of Lights.” I hope they provoke you to seek the Lord as never before. Be blessed, my beloved. 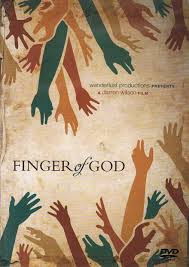 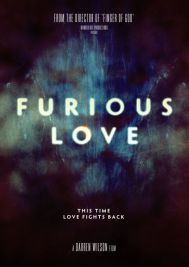 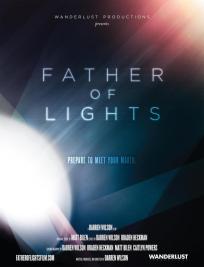